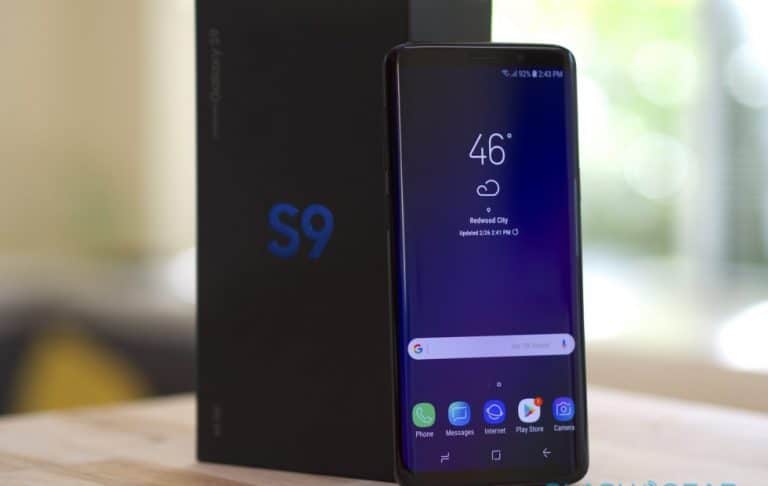 For many years, Samsung have been a leading brand on the Android phone market. While the Galaxy S9 is once again a great phone, it does not offer much improvement from the S8.  It has a very similar design to the 2017 model and it is not hard to see why Samsung may have opted for this because the S8 was a great phone.  One of the areas where the S9 beats the S8 however is in the camera department and it also has amazing low-light capabilities.

The S9 also fixes one of the S8’s major flaws in that it is easy to unlock with either your face or your finger.  The phone is also great in terms of its 4k at 60fps video recording and the 960fps slow-mo clips with automatic motion detection.  Other tweak to this model is the improved speakers. It includes loud stereo speakers tuned by Harman which is a first for the Galaxy S lineup. It is probably the best sounding smartphone on the market, this is not to say that it will replace your Bluetooth speakers.

Samsung have also been promoting their A-R Emoji feature but it is nothing special at all!.

Like most Samsung phones, the S9 is expensive and if you have an S8, it will not be worth it upgrading to this model as it is similar.

If you are looking to purchase the phone on a contract option, MTN will be a good place to turn to.  As part of their MTN Made for Me S, you can get the phone for R629 per month. It will come with 50 anytime minutes, 50 SMS’s and 350 MB data. This also includes 30GB data which will be valid for one month. This deal will also get you a free Samsung Gear Fit2 Pro which is valued at R2999.